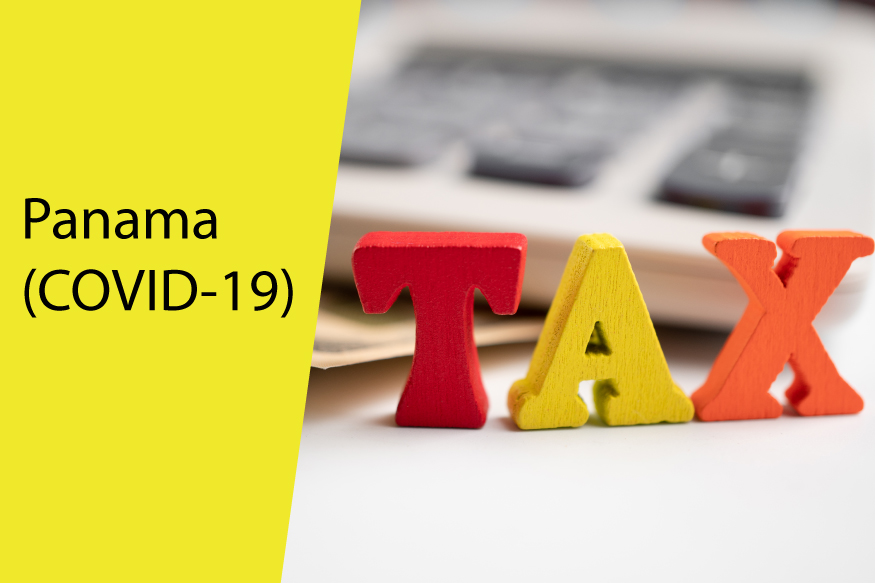 Panama, May 26, 2020.
The Mexico-Panama Chamber of Commerce (“Camexpa,” for its initials in Spanish), in alliance with Tecnologico de Monterrey and Morgan & Morgan, held the Webinar “Management in times of COVID-19: Strategic Plan to restart activities and Tax Management”.

Click here to view: Management in times of COVID-19: Strategic Plan to restart activities and Tax Management (in Spanish)

Tributary Measures for Economic Relief During Panama State of Emergency

Panama, April 6, 2020.  On Tuesday March 24th, 2020, the Executive Decree 251 of the same date was published in Official Gazette 28987-A which adopts tax measures to relief the economic effects of the National State of Emergency. In this sense, the following measures are established:

From March 20th, 2020, date in which Law 134 of 20 March 2020 that rules the extension of the tax amnesty program and the entry into force of certain articles of the Procedural Tax Code, a term of 120 calendar days is granted for tax payments due accrued or that must be paid or must be paid during the declared National State of Emergency, without triggering interests, penalties or fines.

The following taxes, which arise from withholding agent obligations, are not included in the above term extension:

An additional extension until 30 May 2020 as maximum term for the filing of income tax return statements corresponding to the fiscal period 2019 for both natural and legal persons. As a result  of the above stated term, the extension of one additional month established in paragraph 5 of article 710 of the Tax Code is no longer in force.

Electronic procedure for filing of proceedings and other requests

It’s authorized the electronic presentation of all documents, both original and authenticated copies, that serve as evidence or requirements for proceedings and requests before the General Directorate of Income. Therefore, the electronic platform of the General Directorate if Income allows taxpayers to file all required documentation pursuant article 133-E of Executive Decree 170 of 1993, in relation to the requests that the alternative formula for calculating tax income is not applied.

Applicable conditions to the determination and liquidation of estimated taxes

Due to the State of Emergency, taxpayers can determine for the year 2020 estimated taxes to be paid for amounts no less than 70% of the tax levied in the income tax return statements for the fiscal period 2019, without deriving in investigations or inspections by the tax authority.

The determined estimated tax shall be paid in two installments during the fiscal period 2020, the first no later than September 30th  2020 and the second no later than December 31st 2020.

It’s important to consider that article 710 of the Fiscal Code does not limit the amount that can be determined in relation of the Estimated Tax. However, it states that the estimated sworn statement below income levied in the income tax return statements shall be subject to investigations as to the reasons and evidence that serve as base for such determination.

It is extended for one more year the income tax exemption to taxpayers recognized under  Law 33 of 25 July 2000 as micro, small or medium company, in the measure that such exemption has expired during the fiscal period 2019 or period 2020.

Faculties granted to the General Directorate of Income

The General Directorate of Income is authorized to issue endorsed good standing certificates to taxpayers whose current accounts show defaulting or inconsistent records. Likewise, it authorizes the General Directorate of Income to extend the presentation terms of the different declarations and tax compliance reports by issuing a reasoned and sustained resolution during the State of Emergency period, without deriving in penalties.

Are exempted from the application of the provisions contained in Executive Decree 251 to those taxpayers that maintain tax avoidance administrative proceedings or criminal fiscal fraud.