Feasibility of Organizing a Startup as Limited Liability Entrepreneurship Company 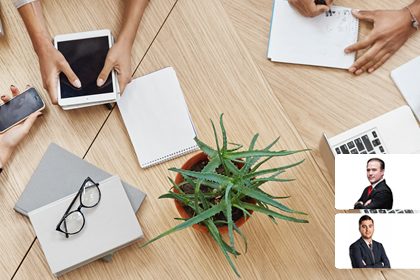 On July 22, 2020, the National Assembly approved, after a third debate, Draft Law No. 83 (the “Draft Law”), which regulates limited liability entrepreneurship companies (the “LLECs”) in Panama, and is now awaiting the signature (or veto) of the President of the Republic.

The Draft Law’s object is to “streamline and simplify constitution procedures” of these special legal entities, so as to reduce the costs and the bureaucracy that usually prevail in the path towards entrepreneurship, as well as to “promote job creation through a new form of business.” It is clear that this Draft Law is a great step towards the formalization of many businesses, furthermore, it is an additional incentive for Panamanians to start a business and contribute to the development of the local economy. However, it is necessary to evaluate whether this Draft Law, if signed by the President, will effectively contribute to the creation of an entrepreneurship “hub” in Panama, and if the entity is an attractive one for a startup.

As we have mentioned in the past, startups are characterized by rapid and exponential growth, and require large capital injections in a short span of time in order to finance their operations, achieve the necessary scalability to penetrate international markets and become true disruptors. It is for this reason that, as a premise, we pose that startups, by nature, should not be considered analogous to a micro, small and medium enterprise (MSME), given that they that grow rapidly and require a lot of capital, unlike MSMEs that grow gradually for extended periods of time and capital injection will depend on their scale over time. Within the applicable regulations, startups should not be defined based on the same criteria used to define MSMEs, because this would be an inadequate definition of what a startup is and of its potential. We underscore then, that according to Article 25 of the Draft Law, LLECs have revenue limits based on the definitions of micro and small companies, and that, if a company generates gross revenues above those limits, it would lose its status as an LLEC. This is inconvenient for a startup given its exponential growth. If a startup quickly gains scalability, its gross revenues can be very high from the beginning, however, high gross revenues do not necessarily mean that a startup is turning a profit. Measuring the status of a startup based on its gross revenues (which is effectively treating a startup as if it were a MSME) gives a false perception that the company is not, in effect, a fast-growing company. In the recommendations that emerged from a 2016 study published by the Organization for Economic Co-operation and Development (“OECD”) and entitled “Startup Latin America: Building Innovative Future” (hereinafter the “OECD Study”),   reference is made to, for example, countries like Chile and Mexico, leaders in the promotion of startups in Latin America, who opted to define a startup based on their performance (growth potential), innovative potential, global target market and capacity to meet the specific needs of a country or region.

In its Article 5, the Draft Law stipulates that LLECs may only be composed of members who are natural persons, effectively limiting the type of person that can invest in these companies. Although it is true that at the beginning of a startup’s life, the founders will likely be natural persons, it is possible that a startup would want to invite a capitalist partner to join the company (often, in addition to providing capital, these partners have vast experience and can serve as mentors or advisors). It is possible that these potential capitalist partners will wish to invest, for various reasons, through their own legal entities; so, this limitation on who can be members must be taken into account when considering the type of legal entity under which the startup will be organized. In addition, since private companies often have the ability to contribute seed capital to a startup, encouraging the private sector to devote part of its resources to invest in startups and encourage local entrepreneurial culture is key to creating a robust startup industry. On this, the aforementioned OECD Study commented that:

“[…] Commercial banks, development banks and investment funds could boost the region’s entrepreneurial ecosystems. The region still needs to channel more private capital towards productive investment, but for this to happen, countries will need to reform legislation to foster private investment, while investors will need to change their mindsets.”

Additionally, Article 7 dictates that “one to five persons […] residents of the Republic of Panama” may constitute an LLEC. From this, it is not clear whether only the persons who constitute the LLEC are required to be residents of Panama, or whether the LLECs are reserved for Panamanian residents, meaning that there can be no foreign members in LLECs. If the latter is true, then the effort to attract foreign investors and entrepreneurs to Panama would be frustrated and would further reduce the pool of capitalist partners that may invest in LLECs. According to a 2019 Forbes’ publication, 50 of the 91 billion dollar startups in the United States of America, which have a combined value of US $ 248 billion, were founded by immigrants. Hence, if Panama seeks to become an entrepreneurship hub, closing its doors to foreign ventures that turn to other countries in the region due to the limitations imposed by the laws in their jurisdictions does not contribute towards achieving this goal.

An important aspect of a startup is that relationships between shareholders and investors are extremely complicated and ever-changing. Allowing an LLEC to be created without seeking advice of an attorney can be good from the point of view of streamlining the process, but for a startup it can result in future complications, in the event that there is friction between shareholders or investors. This is why a startup’s articles of incorporation must have clear rules on, for example, shareholder rights and sale restrictions. In the absence of these, the shareholders of a startup must execute a shareholders’ agreement, so that corporate governance rules, as well as any other aspects of the company that they wish to regulate (such as capital commitments and dilution of shareholding) are duly agreed upon. Under the Draft Law, LLECs may be constituted through the filing of a “standard statute,” a model of which will even be provided by the PanamaEmprende portal. An entrepreneur is rarely thinking about the legal consequences of incorporating a company or the rules under which that company will be governed. That’s why it is important to seek legal counsel to which the entrepreneur can explain his or her needs and concerns, so that the attorney may produce documents that meet those expectations and better manage the problems that may arise in the future.

Amongst the most common methods in which a startup raises capital to finance its operations is through the sale of its shares; so, the shareholding structure of a startup will undergo various changes throughout its life. Additionally, often the shares sold in different financing series have different rights and obligations from those owned by founding shareholders (such as preferential liquidation rights and conversion rights), which provides an additional incentive for an investor to contribute capital to the startup. Under the Draft Law, LLECs, which have a structure similar to that of limited liability companies (“LLCs”), must keep “all the information regarding changes to their structure or their administrators and/or members” up to date. Thus, information regarding the members is not private and transfers or sales of participating quotas must be recorded in the Public Registry; a process which may be cumbersome and would add an additional layer of complexity to financing rounds, a fundamental phase of any startup. Additionally, nothing in the Draft Law seems to indicate that LLECs can issue participating quotas of different classes, which means that in a financing round, only participating quotas with the same rights, obligations and restrictions as the rest of the partners could be offered to new investors (same situation as with SRLs). Encouraging private investment in startups is an essential component of the development of these businesses, and shares of different classes with, for example, preferred liquidation rights, are part of the allure of investing in a startup. The Draft Law significantly limits the chance to attract capital to the LLECs.

It is thus clear that the corporation, which is widely known to both Panamanian and foreign investors, is the preferred legal entity for a startup since it allows transfers to be made through private documents, the shareholding structure does not have to be recorded in the Public Registry and the issuance of shares of different classes is allowed.

Finally, the treatment that would be granted to LLECs in government bidding proceedings by way of Article 36 could be prone to abuse. Under said article, individuals or legal entities that participate in public bids for better value and include one or more LLECs in their proposals will enjoy “an additional score of 5%”. This preferential treatment may cause consortia to include LLECs in their bids just to get the benefit of the additional score, and not because SERL truly contributes something to the consortium. Likewise, it is not clear how this benefit is administered — that is, whether it applies to both price scoring and technical scoring, or only the latter. This confusion may result in legal challenges to bid proceedings, which would have a counterproductive effect.

It is worth mentioning that, in principle, a law that encourages entrepreneurship and the creation of companies in an easy, dynamic way and under a streamlined process is a good step in favor of the startup industry. In fact, the OECD Study mentions several of the components contained in the Draft Law as important components for the promotion of startups, such as the simplification of the incorporation procedure, the promotion of entrepreneurial culture and implementation of strategies aimed at improving entrepreneurial-related education. However, for Panama to become a true hub of innovation and startups, there are several other aspects to be considered, such as the promotion and facilitation of investment, removal of entry barriers to certain industries such as financial and retail, the introduction of new financing methods such as crowdfunding and the provision of instruments that expedite such forms of financing.  We are at your service for any queries you may on have on these matters.