Morgan & Morgan advised Banistmo, S.A. in connection with the public offering of senior secured notes for an amount of up to US$400 million issued through the ENA Master Trust 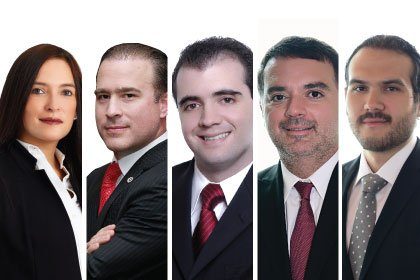 Panama, November 16, 2020. Morgan & Morgan acted as counsel to Banistmo, S.A., in connection with the issuance and placement of senior secured notes due 2048 with an interest rate of 4%, for an amount up to US$400,000,000.00, issued through the ENA Master Trust, a special trust vehicle created by Empresa Nacional de Autopistas, S.A. (ENA) to raise the funds to refinance certain obligations amongst others of ENA Sur, S.A. and ENA Este, S.A., both companies that owns the concession rights on toll roads knows as “Corredor Sur” and “Corredor Este”.

The notes were registered with the Superintendence of Markets of the Republic of Panama and listed in the Panama Stock Exchange and Luxembourg Stock Exchange, and placed in the United States of America under 144A/ Regulation S exemptions.

In this public offering, Banistmo, S.A. acted as trustee, to a special purpose trust created by Empresa Nacional de Autopista, S.A. (ENA), as settlor and servicer, and ENA Este, S.A., as settlor and ENA Sur, S.A., as settlors, known as “ENA Master Trust” that issued the bonds to raise the funds needed to refinance certain obligations amongst others of ENA Sur, S.A. and ENA Este, S.A., both companies that own concession rights on highways knows as “Corredor Sur” and “Corredor Este”.

It is important to mention that we acted as wellMorgan & Morgan acted as well as counsel to Banistmo, S.A. for purposes of the relevant legal matters that arouse for the existing notes issued by the ENA Este Trust, in which Banistmo, S.A. is the trustee as well.