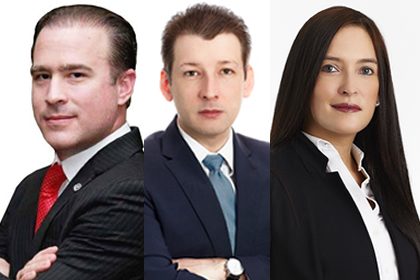 Morgan & Morgan and 3 lawyers of the firm are nominated in the first edition of the Latin American Energy and Infrastructure Awards, an event organized by the Iberian Legal Group and its publication The Latin American Lawyer, with the aim to recognize the excellence and achievements of professionals in the energy and infrastructure sector in the region.

The nominations include the following categories:

Morgan & Morgan is characterized by its participation as legal advisors in the most important infrastructure projects in the country. The mining project Cobre Panama, the Panama Metro system, the hydroelectric power plant Changuinola I, the country’s first wind farm, among others; are just a few in which our team of lawyers has participated in all phases from its development to its financing.

The awards gala will take place on October 24 in Mexico City.