Panama Seeks to Adopt a Framework Law for Public-Private Partnerships 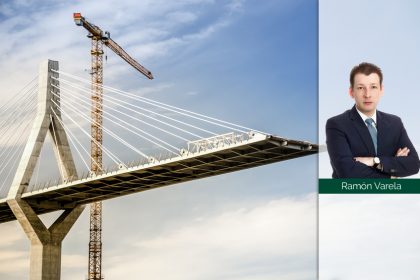 For the past few decades, Panama has established public-private partnerships (“PPPs”) in projects as diverse as toll roads, water treatment plants, ports, telecommunications networks and the generation and distribution of electricity. These projects, however, have been created and managed under either a general (and, for current-day standards, insufficient) concessions law dating back to 1988; industry-specific (and, sometimes, project-specific) legislation enacted in the mid-to-late-90’s; or the general public procurement law enacted in 2006. In recent years, framework PPP legislation was discussed by the National Assembly, only to be voted down in 2011. It was then considered again at various points between 2014 and 2018, although never formally given any debate before the legislature. In the meantime, a 2017 study commissioned by the Inter-American Development Bank and conducted by The Economist Intelligence Unit, ranked Panama 18th (out of 19 countries listed, with only Venezuela lagging behind), in terms of PPP regulatory frameworks in the region[1].

In light of these circumstances, the Panamanian Government took a decisive step forward in developing an updated (and more comprehensive) PPP legislative framework, as a means to: a) provide an option for developing major infrastructure projects without compromising the Government’s indebtedness levels, b) encourage private investment and job creation, and c) strengthen Panama’s competitive position vis-à-vis other Latin American countries (many of which enacted successful PPP legislation long ago). On July 31, 2019, barely a month after taking office, the Administration of President Laurentino Cortizo submitted a framework PPP bill before the National Assembly. On September 11, 2019, the Assembly passed the bill, which is now only pending signature by the President and publication in the Official Gazette in order to be enacted into law.

The new law will provide a much-needed regulatory and institutional framework in order to allow for the development of major projects without requiring substantial short-term disbursements of public funds.

The new legislation seeks to attract capital from private investors who, at the same time, will bring forth their experience, know-how, equipment, technologies and technical and financial capabilities to the fore. These resources will be used in order to “create, develop, improve, operate and / or maintain public infrastructure for the provision of public services.” Thus, the PPP law both allows and requires the private sector to develop, finance, build, operate and maintain – for an amount of time specified in the corresponding contract – projects geared to provide public services (e.g., roads, bridges, subway lines, electric transmission lines, etc.). The law provides for a maximum contract length of 30 years (which can be extended for up to 10 additional years). Thus, the idea is for the State to enter into long-term partnerships with investors that have the requisite experience to not only build, but also operate and maintain these projects, meeting the service and quality standards established in the RFP documents as well as the PPP contract.

The institutional framework for PPPs is also an innovation of the new law since – unlike the existing public procurement and administrative concession laws – PPP contracts involve not only the contracting government entity and the PPP contractor, but also three new government entities:

Prior to the PPP bidding process, preliminary studies must be carried out based on six eligibility elements established in the law (social benefits, economic cost-benefit analysis, risk allocation, service indicators, feasibility studies, as well as environmental and legal aspects). The Contracting Public Entity must then prepare a technical report, subject to the opinion and observations of the National PPP Secretariat, which must then be sent to the Ente Rector, so that it can decide whether the project will be bid out as a PPP project.

Projects with a value of less than fifteen million dollars cannot be tendered as PPP’s, except in the case of municipal projects, in which case the criteria for granting exceptions will be further developed in the regulations that will be issued after the law comes into effect. Furthermore, projects cannot be implemented as PPP’s in any of the following cases: a) if existing commitments under government contracts then in force exceed 30% of actual investments in the previous year, b) if existing commitments in the following five years – under contracts then in force – exceed 30% of the projected investment of the contracting public entity, pursuant to the Government’s Five-Year Investment Plan in the respective fiscal years, or c) the total cumulative present value of existing commitments of the Non-Financial Public Sector in PPP contracts exceeds 7% of gross domestic product.

The selection of PPP contractors will be carried out under objective criteria, since the contract will be awarded to the bidder that meets the mandatory requirements and submits the best economic offer. In addition, there are clear limits on the amounts and time periods for which PPP contracts can be modified. These provisions seek to eliminate subjective factors in awarding PPP projects, as well as avoiding overly expensive addenda to PPP contracts.

In order to facilitate financing structures – either through syndicated credit facilities or through capital markets – the law provides for the option (or, in case the project is partially funded through government subsidies or contributions, the obligation) for the assets involved in the project to be placed into a trust to be managed by a trustee that is licensed in Panama. This will further inoculate the projects and their related assets should the contractor face liabilities vis-à-vis third parties throughout the duration of the contract.

It is important to bear in mind that the PPP law does exclude certain services and institutions from contracting under the PPP framework. Namely, the State-owned water company, the Panama Canal Authority, the Social Security Administration and the governmental financial entities and regulators, may not contract for any work or service under the PPP law. Furthermore, public health, education and public safety services cannot be contracted by any government entity under a PPP structure. Time will tell if – once PPPs begin to be implemented under the new law – the political climate will allow the excluded entities and/or services into the fold.

All in all, the new law is an important milestone in bringing Panama’s PPP regulatory framework in line with those of other Latin American countries, which will hopefully usher in a new era of success in major infrastructure investment.