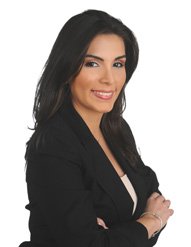 Emma Cornejo is an Associate at Morgan & Morgan and serves in the Litigation and Dispute Resolution Department of the firm.

Ms. Cornejo is also very involved in pro bono activities of the firm regularly assisting to Legal Open Houses organized by the firm in low-income communities.

Ms. Cornejo is the author of “The General Assembly of Shareholder´s Right to Contest”.

Ms. Cornejo obtained an LL.B. from the School of Law of the Universidad de Panama (2008). Thereafter, she got a Master in Private Law with emphasis in Commercial Law at the same University (2010). She also has an LL.M in Mediation, Conciliation and Arbitration, and a specialization in Alternative Dispute Resolution from the Universidad Latinoamericana de Ciencia y Tecnología – Laureate International University (2014).

Ms. Cornejo is admitted to practice law in the Republic of Panama.