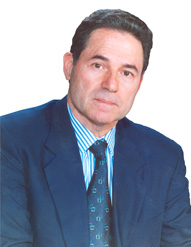 Aristides Royo is a Senior Partner at Morgan & Morgan. Mr. Royo has over 40 years of experience in business, corporate and international law.

In the public sector, Mr. Royo has been President of the Republic of Panama from 1978 to 1982. Following his presidency, he was appointed Ambassador to Spain (1994-1996) and France (1998-1999). He was also a member of the Commission in Charge of Drafting the Criminal Code (1969); Minister of Education, Republic of Panama (1973-1978); Member of the Negotiating Commission of Torrijos-Carter Treaties between Panama and the United States of America (1977); and Ambassador of Panama to the Organization of American States (OAS, 2004-2009).

Mr. Royo is also a member of Academia Panameña de la Lengua and a member of the Board of Directors of the University of Peace, of the United Nations Organization (2013 to 2017).

Mr. Royo is the Author of “El Instituto Nacional de Panama.  Memories and Experiences of an Epoch”, 2009.

Aristides Royo is admitted to practice law in the Republic of Panama.