Remuneration for holidays or national mourning 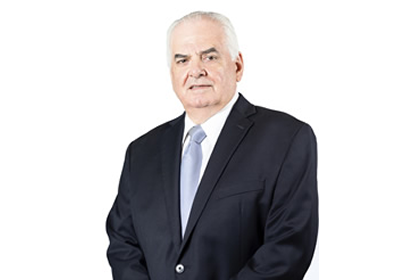 Most of holidays and national mourning that are covered by Article 46 of the Labor Code of the Republic of Panama are in November, December and January. In fact, they are considered as such, November 3, 5, 10 and 28; December 8 and 25; and on January 1 and 9.

If the days off indicated in the preceding paragraph coincides with working days by virtue of the weekly working days agreed with the workers, they are paid as ordinary working days; in other words, despite not working during those days, due to the fact that they are considered as mandatory days off, workers shall be entitled to be granted their full salary corresponding to that day, as if they had worked.

The situation is different for workers who, as a result of their contracts, have to work on holidays or national mourning. In these cases, workers are entitled to be paid a surcharge of 150% on the wages of their ordinary working day, without prejudice to the right of the worker to be granted any other day off in the week as compensation, which will not be remunerated, given that the 150% surcharge includes the payment of the compensatory day off. However, if the workers work on the compensatory day, that working day, in addition to being paid as an ordinary working day, shall be remunerated with a 50% surcharge.

Workers who work overtime on holidays or national mourning are entitled to, first, apply the surcharge of 150% and, to the result, add the surcharge that corresponds to the overtime working hours on the ordinary working day. In other words, the concept of surcharges on surcharges is applied, as contemplated in the Panamanian labor law.

I would like to make clear that November 4th, that this year 2017 coincides with a Saturday,  is not a national holiday, so workers hired to work from Monday to Saturday are obliged to work that day and their remuneration will not suffer any variation because it is an ordinary working day. For workers who work from Monday to Friday, that day has no economic impact whatsoever since it is a regular day off that they do not work, according to their respective contracts.

This year 2017, November 5th falls on a Sunday. Workers who, by virtue of their weekly working week must work on that day, are entitled to be paid a 50% on their wages, as it is a Sunday and, in addition, a surcharge of  150% for being a national holiday. On the other hand, as established in Articles 47 and 48 of the Labor Code, Monday the 6th is authorized as a mandatory paid day off. Work on that Monday will entail a 50% surcharge on the ordinary salary, without prejudice to the right to be granted an unpaid day off during the week as compensation.  Likewise, working on the day to be given as compensatory implies a surcharge of 50% on the ordinary day.

November 28th, also a national holiday, this year falls on a Tuesday. Until 2013, in those cases, mandatory paid day off was moved to the preceding Monday. However, with the approval of Law 28 of May 4, 2015, which, among others, modified Article 46 of the Labor Code, mandatory days off on holidays or national mourning are granted on the same day of the week in which they fall; that is, they are immovable.

On January 9th, 2018, declared by Law 118 of 2013, as National Sovereignty Day and national day of mourning, and which next year 2018 will fall on a Tuesday, mandatory day off will be on that same day, as it is not transferable to another day of the week, as indicated in said legislation, ratified by Law 70 above mentioned.

Domestic employees are also entitled to enjoy mandatory days off for holidays or national mourning that will be remunerated. If the employer orders or allows them to work on those days, they will be paid with a surcharge of 100% on the daily salary earned.

Recently, as a result of the qualification of Panama to the World Cup 2018 in Russia, Executive Decree No. 69, of October 11th of the current year, was issued, which ordered the closure of private offices that day, nationwide, declaring it as a day off.

Without debating at this time on the legality or not of the decree in question, upon declaring Wednesday, October 11th as a day off, workers who worked that day were entitled to receive their salary with a 50% surcharge, with no obligation to receive another day as compensatory day off.

Decree No. 69 excluded from closure to hospitals, hotels, restaurants, airlines, supermarkets, shopping centers, utility companies, places of entertainment and recreation. Consequently, the workers hired to work in the companies or activities indicated above have no right to receive any surcharge on their working day, because for them October 11th was a regular workday.