The creation of a startup 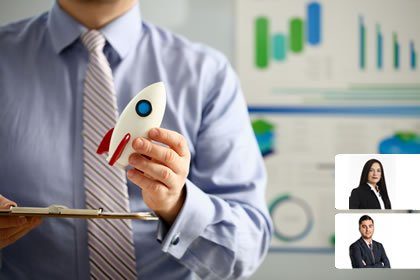 An entrepreneur has a lot to consider when starting a new business. Who will be part of the team? Who will manage the company? How will decision-making be handled? Without a doubt, from the legal standpoint, among the first questions that an entrepreneur must ask him or herself is: What type of entity should I incorporate? Although this question may seem strictly legal, the type of entity that is chosen has important consequences for the administration of the startup and for the relations between the partners and/or shareholders, among other things.

Imagine two people (hereinafter, the “Entrepreneurs”) have been developing a business idea they believe to be marketable. The Entrepreneurs are willing to invest capital and effort to develop the idea, but they are unsure about how to structure the entity under which the business will be handled. To this end, the Entrepreneurs request the advice of a lawyer to advise them on such structure.

The lawyer explains to the Entrepreneurs the importance of organizing the company as a separate legal person, given that this way the company will have its own legal personality, separate and distinct for all its acts and contracts, from that of the Entrepreneurs. If, for example, the entrepreneurs start their business without a duly organized corporation, there are circumstances under which it may be considered that  they have constituted a “de facto” partnership, which would mean that the Entrepreneurs are jointly and severally for the contracts that the partnership enters into, as well as any other obligations assumed by the partnership. That is, the Entrepreneurs could end up being personally liable for the debts incurred by the partnership, without any type of limit. The Entrepreneurs explain to the lawyer that, given the potential for rapid growth that they expect their startup will have, they wish to establish a company in which they can designate the everyday decision-making power to a limited number of people, however, the Entrepreneurs, as shareholders, want to maintain control over certain major decisions. In addition, they do not rule out that there might be some interest on the part of investors, who will want to finance the Startup’s operations through the purchase of shares in the company, as long as there is a difference between the shareholding of these new investors, and the Entrepreneurs, who would be the original founders and shareholders.

The ideal type of entity for this startup would be a Corporation (Sociedad Anónima) (hereinafter, “Startup, S.A.”). The incorporation process is simple; for the corporation to acquire its own legal personality, two or more persons, regardless of their nationality or domicile, must execute the Articles of Incorporation before a local Notary Public and record it in the Public Registry.

Hence, below are some of the characteristics that Startup, S.A. will encompass:

After incorporation of Startup, S.A., the Entrepreneurs will need to take certain steps in order to operate and protect their business, and make sure that it is attractive for future third party investments: