The Insolvency Law in Panama 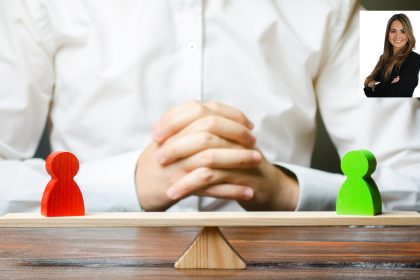 On May 19, 2016, the concept of a “Bankruptcy,” as the legal term was defined, ceased to exist under Panamanian law. Law 12 of 2016 (the “Insolvency Law”) entered into force on that date and introduced new proceedings into our legal system. These proceedings are referred to as Reorganization and Liquidation.

The enactment of the Insolvency Law sought not only the protection of the rights of creditors, but also to achieve a differentiation between “efficient” and “non-efficient” companies, depending on the reasons and circumstances that give rise to their insolvency status.

For “efficient companies”, the law introduces the “Reorganization Proceeding,” the main purpose of which is the recovery and continuation of the company as an economic unit and employer.

A Reorganization Proceeding pursues similar objectives as the bankruptcy protection provisions established in Chapter 11 of the United States Bankruptcy Code. Thus, a Reorganization Proceeding allows the restructuring of a company’s debt obligations and can be initiated at the request of the insolvent company or by its duly organized creditors through a “Board of Creditors.” The insolvency petition must be accompanied by a series of documents that include, among others, the company’s financial statements, an inventory of its assets and liabilities, payroll obligations and the Reorganization Plan, in which the debtor must provide a financial, organizational, operational and competitiveness restructuring project with the intention of solving the causes that led to the company’s failure to make required payments, its imminent insolvency or foreseeable lack of liquidity.

This Reorganization Plan is significant in that it serves to initiate the proceeding itself. Subsequently, when the creditors formally join the proceeding to submit evidence of their credits, the Reorganization Plan must be subjected to a vote by the established Board of Creditors, who must either approved or reject said plan. The result of this vote will decide whether: a) the company will in effect be reorganized through the execution of said plan; b) the culmination of the proceeding without any agreement, in which case the bankruptcy protections would be lifted and the debtor would have to negotiate with each of its creditors separately; or, c) the Judicial Liquidation of the Company.

The Judicial Liquidation Proceeding, as the name implies, focuses on liquidating “inefficient” companies in a prompt and orderly manner. This can be initiated at the request of the debtor by means of a Voluntary Liquidation or by means of a duly substantiated petition from a creditor, which in this case would be a Compulsory Liquidation.

In either case, the petition must be accompanied by a series of requirements and documentation. In the case of a Voluntary Liquidation petition, provided all requirements are met, the court will issue a resolution declaring that the company is in liquidation.

For Compulsory Liquidation, provided all requirements are met, the request will be accepted and the debtor will be given an opportunity to answer the creditor’s petition. The court will then set a date for an initial hearing. If the debtor opposes the petitioner’s claim against it and the judge deems such opposition to have sufficient grounds, it shall deny the claim and the proceeding shall terminate. However, if the court deems said opposition to have insufficient grounds or if the debtor does not even submit any opposition, the debtor may: a) allocate sufficient funds for the payment of the debt; b) agree with the requesting creditor for the hearing to be suspended in order for the parties to reach an arrangement; or, c) submit to a Reorganization Proceeding. If, however, the debtor does not choose any of the aforementioned options, the judge will issue a resolution for a Liquidation Declaration, with the corresponding legal effects.

It has been interesting to see the development and execution of this relatively new law before the courts of Panama, especially since it also provides for the creation of new Insolvency Circuit Courts, as well as the Fourth Superior Court of the First Judicial District, consisting of three justices elected by the Supreme Court, in full, with exclusive jurisdiction over insolvency proceedings. However, to date, these courts have not been created and, therefore, the Civil Circuit Courts are currently in charge of hearing such proceedings. These circumstances have forced the judges ruling over these cases to become overly reliant on the technical criteria of the Bankruptcy Administrators appointed by them within the proceeding. Consequently, said Bankruptcy Administrators, who serve as an assistant of the Court, must have the legal and accounting capacity to warn of possible irregularities within the proceeding, from the initial scrutiny of the insolvency application, together with all the supporting documentation. They must also be able to determine if, indeed, they are facing an efficient company that can improve its current financial condition, and they must even make recommendations against the aforementioned Reorganization Plan, before it is submitted to the Board of Creditors for their vote. This level of expertise, although not expressly required by law, has become a necessity given the unforeseen preponderance that the expert input of these Bankruptcy Administrators has acquired.

There are many conceptual and practical elements to analyze in Law 12 of 2016. However, as is often the case, only through the practice and application of this law has allowed both lawyers and financial institutions to fully grasp the challenges ahead. Regardless of the above, the objective of the Law is positive – especially since, previously, a bankruptcy declaration was a de facto death knell for a company. It is therefore worthwhile to focus efforts on maximizing the advantages created under the law in order to obtain the desired results. These, however, will ultimately depend to a large extent on the good will and good faith dealings of both creditors and debtors.