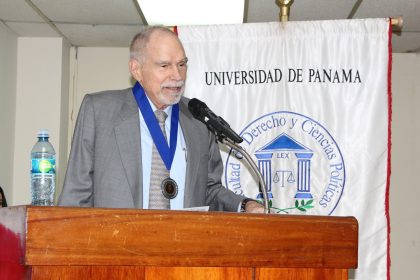 Dr. Eduardo Morgan, Jr., founding member of Morgan & Morgan, was honored with the “Dr. Eloy Benedetti” medal by the Curatorium of the Dean’s Office of the School of Law and Political Science of the University of Panama for a successful public service career, as well as his continued defense of Panama as an international services platform.

The event took place during the celebration of the One Hundredth Anniversary of the 1961 Civil Code, where a group of citizens dedicated to the development and defense of national values were recognized.