Crowdfunding as a source of financing for businesses 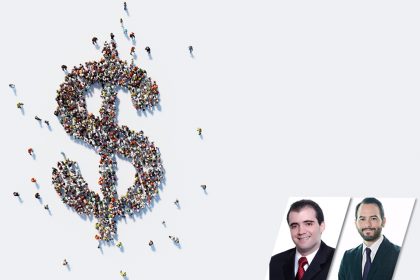 One of the biggest challenges that micro, small and medium enterprises face when trying to settle in and achieve success as profitable businesses is to obtain capital and sources of financing. Sometimes, the most common sources of financial resources – such as bank loans, private equity and public offerings of securities – are beyond the reach of these companies and, consequently, many innovative ideas that could result in booming business for the national economy and for the creation of jobs are not developed.

Crowdfunding could be an alternative source of financial resources for potential businesses that do not have access to capital and traditional forms of financing. As its name indicates, crowdfunding is the collection of funds from the general public, usually constituted by contributions of small amounts from a large number of people. In the past, the costs of attracting smaller contributions from multiple investors were very high but they have decreased with the emergence of the Internet, as evidenced by the success of online platforms like Kickstarter, IndieGoGo, Lending Club, Afluenta, Prestadero and Comunitae, among others.
Depending on the consideration that is promised to investors, crowdfunding can manifest itself in multiple ways. There is a donation-based crowdfunding model whereby taxpayers do not receive any return for the contribution and, even, the contribution made by the donor is not returned. Although, in these cases, the person making the contribution does not expect to receive a consideration, the funds to be allocated can be used both for a venture whose purpose is to generate profits and for a non-profit initiative.

Another crowdfunding format is the equity crowdfunding model whereby investors provide capital and receive shares or another capital instrument that gives them the right to receive a percentage of the income generated by the business they are financing. There is also the debt-based crowdfunding model, in which investors lend funds on a temporary basis, waiting for the repayment of their investment in a certain period. In these cases, investors usually require that they be paid an interest on the borrowed capital, but models have arisen in which the participants have not demanded any consideration except the return of the amounts given in loan.

Crowdfunding has two regulatory challenges in view of the regulations governing the securities market in the Republic of Panama. The first challenge arises from the fact that crowdfunding can result in the offer and sale, private or public, of stocks, bonds and other instruments to the investors that finance the businesses object of the crowdfunding, whose instruments can be considered as “securities” under the Single Text of Decree Law 1 of July 8, 1999 (as amended to date, the “Securities Act”). For example, in the equity crowdfunding model, investors would receive shares, participation quotas or other similar instruments of variable income, which can be considered as “securities” under the Securities Act, as in the debt-based crowdfunding model, in which investors would receive (even in dematerialized form) promissory notes, bonds or other similar instruments of fixed income, which can also be considered as “securities” under the Securities Act.

Our securities legislation requires that those securities that are going to be publicly offered in the Republic of Panama be registered first with the Superintendence of the Securities Market (hereinafter the “SMV”). The process of registering securities before the SMV consumes time and resources that micro, small and medium enterprises usually do not have. The current regulations include offers of securities that are exempt from registration with the SMV but they only allow the offer of unregistered securities to a small number of people or institutional investors and, thus, these registration exemptions do not work for crowdfunding initiatives whose purpose is to collect small sums of money from a large number of people. In order for crowdfunding to be possible without having to comply with the registration formalities, a new exemption from the obligation to register securities would have to be adopted.

The second regulatory challenge faced by crowdfunding in the Republic of Panama is that, under the Securities Act and the agreements adopted by the SMV, the operator of the Internet site that serves as a platform to facilitate the collection of financial resources have the obligation to obtain an investment adviser license, broker-dealer firm license or stock exchange license. The management of requesting and obtaining these licenses, as well as their subsequent operation, also requires investment of a lot of time and resources that, given the objective of a crowdfunding site to serve as a mere intermediary between entrepreneurs and investors, may not have to be incurred for crowdfunding purposes.

In this sense, we deem appropriate to examine the possibility of adopting certain exemptions to the registration and license obligations contemplated by the Securities Act in order to make possible the development of crowdfunding in Panama.

Therefore, in relation to the exemption of the obligation to register securities before the SMV, it is proposed that public offers of securities, whether of fixed or variable income (and the resale of such securities in the secondary market) that comply with characteristics similar to the following be considered exempt from registration: (i) the securities that are offered by the issuer through an Internet crowdfunding platform duly notified to the SMV (hereinafter, a “Crowdfunding Site”); (ii) the amount of capital that the issuer wishes to collect (the “Requested Capital”) shall be expressed on the Crowdfunding Site, as well as the amount of securities to be offered, its price and the proportion of total capital represented by each security; (iii) the issuer shall establish a period of time during which potential investors may express their willingness and commitment to purchase the securities (the “Commitment Period”); (iv) the securities shall be issued and the issuer shall receive the funds only when the target is met, that potential investors have expressed, within the Commitment Period, their commitment to purchase securities for an amount at least equivalent to the Requested Capital (the “Minimum Target”); (v) individuals or legal entities with an annual income of less than US$100,000.00 may invest no more than 10% of their income within a period of twelve (12) months; (vi) individuals or legal entities with an annual income of more than US$100,000.00 may invest no more than 15% of their income up to a maximum amount of US$100,000.00 within a period of twelve (12) months; (vii) any issuer that has placed securities on the basis of an exempt crowdfunding offer, by reason of having complied with all the requirements, may carry out additional crowdfunding offers; (viii) an offer of securities under the proposed exemption, if adopted, would not prohibit the issuer from making other offers, sales or transactions exempt from registration as established in Article 129 of the Securities Act (for example, the offers of securities that an issuer carries out under a crowdfunding exemption are excluded from the computation of the investors referred to in numeral 2 of Article 129 on private placements); and (ix) issuers that offer securities under a crowdfunding exception could, in any case, try to obtain financing through other sources of funding, such as bank loans and venture capital.

Notwithstanding the foregoing and with the interest of protecting the investing public, the issuers that offer securities based on a registration exemption such as the above, or similar, must be subject to compliance with the provisions of articles 246 and 248 of the Securities Act in relation to the prohibition of incurring, during the process of offering and placing the exempt securities, in fraudulent or misleading acts, in the making of false statements about a material fact or omitting to disclose a material fact.

The exemptions proposed in this document to encourage crowdfunding in the Republic of Panama are based on similar standards adopted in other jurisdictions. On April 5, 2012, the former president of the United States of America, Barack Obama, signed the so-called “Jumpstart Our Business Startups Act,” also known as the “JOBS Act,” which was a law promulgated with the intention of motivating the financing of small businesses in that country and resulted in the adoption of exemptions similar to those suggested here in the securities regulatory framework of the United States of America. This year, Argentina enacted Law 27,349, which, in its Title II, creates the figure of “crowdfunding systems”.

In other words, certain jurisdictions are adopting new rules so that crowdfunding is a real and accessible source for raising capital and financing for micro, small and medium enterprises. The Republic of Panama cannot be left behind in this aspect and the time is still favorable for us to take the necessary actions and measures in order to adopt rules that can help promote crowdfunding not only to our local entrepreneurs but also to attract those foreigners innovators that do not have this possibility of financing in their respective jurisdictions. Being short in this attempt may even cause our local talent to turn to other countries that have rules that encourage and facilitate crowdfunding in order to obtain funds to develop their ideas and, most likely, end up implementing them in the territory of those same jurisdictions who had the vision of accommodating this figure to help them launch their businesses in the beginning.