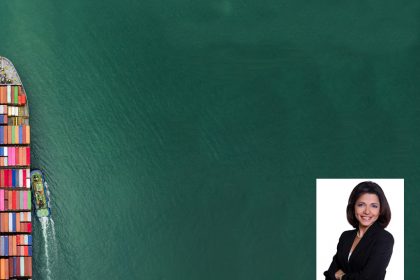 On April 23, during a ceremony presided by South Korean President Moon Jae-In, among other South Korean authorities, was officially launched the “HMM ALGECIRAS” – the world’s biggest containership.

The new vessel is registered under the flag of the Republic of Panama, and we are pleased to share that the Ship Finance and Registration team of Morgan & Morgan participated as local counsel in the financing for a total amount of over US$1.75 billion for the acquisition of said ship by the shipping company HMM Co., Ltd. (formerly Hyundai Merchant Marine Co., Ltd.) and eleven (11) other container vessels of the same dimensions. Morgan & Morgan is also responsible for the flagging and representation before the Panama Maritime Authority as Resident Agent of these ships.

“It is a great distinction for Panama to have been chosen as flag registry for these twelve (12) mega container vessels with a capacity of 23,000 TEUs and more. As a law firm, we are very proud to have participated as Panama counsel in this process, which is already a landmark in the history of the Merchant Marine of our country”, said Jazmina Rovi, partner at Morgan & Morgan and head of the Ship Finance and Registration Department.

The HMM ALGECIRAS now joins the fleet of 18 Panama-flagged vessels amongst the 24 largest in the world (according to IHS Markit) and will be employed to connect the trade route between Asia and northern Europe.