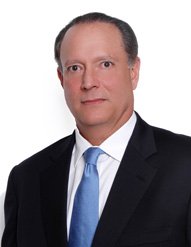 "Renowned partner Enrique de Alba enjoys a wealth of expertise advising on cross-border financings for vessels. He offers stand-out experience in loan agreements to finance the development of vessels, as well as the maritime laws governing their operations. He continues to act as counsel to key players from the financial services industry, principally from the Chinese market. "

Enrique de Alba is Of Counsel in the Ship Finance & Registration Practice Group of Morgan & Morgan.

Mr. de Alba has more than 30 years of experience in all types of domestic and international maritime matters including: drafting of memorandum of agreements; purchase and sales agreements; bareboat charter agreements; documents of ship mortgages and related finance documents. During his early practice, he actively participated in a number of admiralty litigation cases before the Maritime Court of the Republic of Panama.

Mr. de Alba is one of the leading partners that contributed to the development of the firm´s maritime practice. International clients include renowned ship owners, charterers, and leading bank institutions responsible for finance transactions of vessels involving several billions of dollars.

Enrique de Alba is listed as a leading individual in the Shipping chapter of Chambers & Partners and is the Contributing Editor for the 2018 and 2019 Chambers Global Practice Guides Editions for Shipping.  Mr. De Alba also received a special recognition from the Instituto Iberoamericano de Derecho Marítimo (Iberoamerican Institute of Maritime Law) Panama Branch (IIDM-Panama) as one of its founders.

He is also involved in pro bono activities of the firm serving as Counsellor of the Panamanian Gastronomy Academy, and has actively participated in the process for regulations of Law 55 and Law 27 that regulates the maritime trade in Panama.

Mr. de Alba is admitted to practice law in the Republic of Panama.