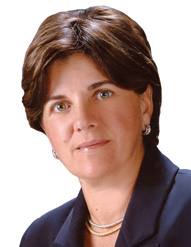 Mercedes Arauz de Grimaldo is a Partner in Morgan & Morgan.

Her career includes more than 30 years of counselling and defending clients in connection with a broad range of labor and employment matters such as drafting employment contracts, collective bargaining negotiations, work permit applications, administrative proceedings, and labor litigation.

On immigration matters, she concentrates her practice representing mainly international companies doing business in Panama who need to relocate its executive staff and their families.  She has extensive experience in all aspects of immigration law including residence permits, visas and citizenship applications, as well as interacting regularly with Panamanian immigration authorities.

She is also involved in the pro bono activities of the firm serving as counsellor in Panama of the Smithsonian Tropical Research Institute, an institution dedicated to understanding biological diversity.

Ms. Arauz de Grimaldo has received several distinctions including the “Inter-American Jurisprudence Award” in recognition of her valuable contribution to the development of the Law and Jurisprudence in America, the “Justo Arosemena Medal” in recognition of 20 years of practice in the legal industry, the “Star Woman Award 2002” for her contribution with the advancement of women in the legal profession and her work to improve gender diversity in Panama, among others.

Ms. Araúz de Grimaldo is admitted to practice law in the Republic of Panama.