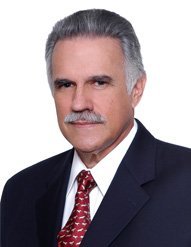 Juan David Morgan G. is currently Senior Partner and CEO of the Board of Directors of the firm.  He has over 50 years of experience in business, corporate and international law.

In the public sector, Mr. Morgan G. has served as Vice-Minister of Foreign Affairs and Minister ad Interim from 1967-1968.

He also was Professor of International Law in the Universidad de Panamá from 1966-1967; Universidad de Panama Syndic from 1995-1998; Member of the Editorial Council of Diario La Prensa from 2002-2004; and Director and Vice President for Central America and the Caribbean of Terralex, Worldwide association of independent law firms from 2003-2007.

Mr. Morgan G. is admitted to practice law in the Republic of Panama.