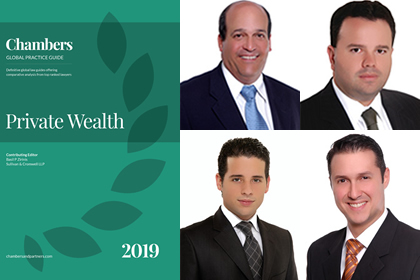 The guide provides expert legal commentary on the key issues for high net worth individuals and covers the important developments in twenty-seven jurisdictions, including Panama. 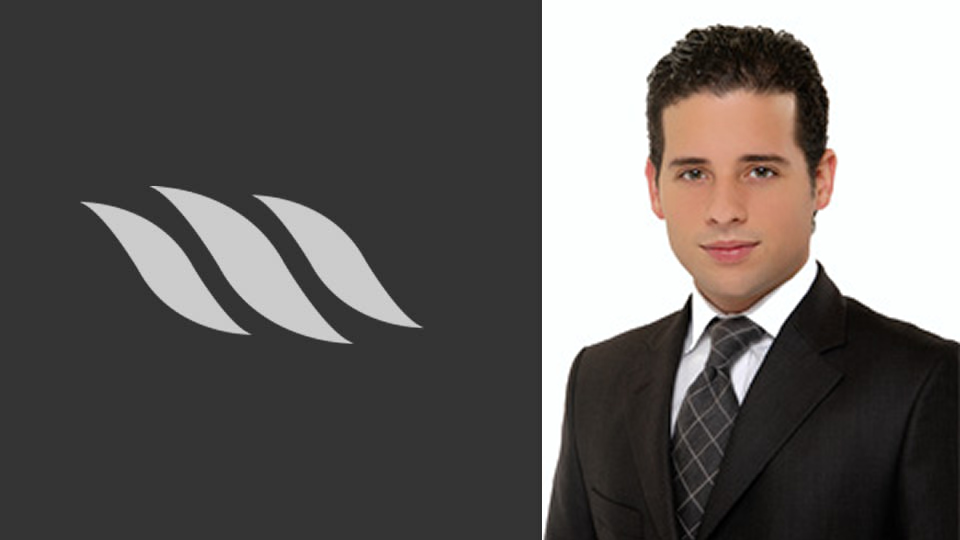 Panama, March 15, 2018.  Morgan & Morgan is pleased to announce the promotion of attorney Fernando Boyd to the partnership of the firm.

Fernando Boyd works in the Estate Planning and Corporate Services Department. Mr. Boyd concentrates his practice in business and corporate law, estate planning, private interest foundations, and company formation and management.  He has over 15 years of background advising local and international corporations in complex matters such as group restructurings, asset protection and management and private equity investments. His client portfolio includes well-known private companies, banking and financial entities, offshore practitioners, family businesses and individual clients.  Mr. Boyd holds a LL.B. in the School of Law of the Universidad Catolica Santa María La Antigua in Panama; and a Master of Laws from the School of Law of the Tulane University in U.S.A.

This promotion comes to strengthen the usual personalized and skilled services provided by Morgan & Morgan and reaffirms our position as Panama´s leading firm.

Morgan & Morgan is a full service Panamanian law firm, regularly assisting local and foreign corporations from different industries, as well as recognized financial institutions, government agencies and individual clients.  The firm is a member of the Morgan & Morgan Group, an extensive network of legal, fiduciary and financial services with operations in America, Asia and Europe.

Morgan & Morgan acted as Panamanian counsel to Inabata America Corporation, Japanese trader, in the acquisition of 33,34% of the Chilean company Agricola Industrial El Boldo, owned by Algerton Corp. and dedicated to the production, commercialization, sale and distribution of cranberries worldwide.

For this acquisition transaction, the firm was required to issue opinions on matters relating to Panamanian corporate law and making the due diligence on the selling company.

Firms from Chile, Panama and the United States were involved in the transaction that closed on May 12, 2016.

Law 47 of August 6, 2013, by which the Republic of Panama adopts a custodial system for shares issued to bearer

The Republic of Panama has recently approved Law 47 of August 6, 2013 (hereinafter “Law 47”), by which it adopts a custodial system for shares issued to bearer.

Said law arises as part of plan to adapt to international standards that have been assessed and implemented by Panama’s government as complement of Law 2 of February 1st, 2011 regarding due diligence in Panama by lawyers engaged in the incorporation of corporate and trust instruments.

Although it has already been approved, Law 47 will become effective on August 6, 2015. On that date, any certificate of shares issued to the bearer shall have an authorized custodian. To such end, the shareholder shall designate the custodian within twenty (20) calendar days following the issuance date of the relevant share.

The authorized custodian is responsible for keeping a minimum of information as set forth in Law 47 on the owner of the share certificate. Any change of ownership over the share certificate shall be notified to the custodian in order to be effective. This provision also applies to shares under custody given in pledge or guarantee.

For bearer shares certificates issued prior to August 6, 2015, a 3-year transition period is established, namely until August 6, 2018, to appoint an authorized custodian.

Morgan & Morgan Group, through its law firm, is in a position to provide Authorized Custodian services for shares issued to the bearer to all companies for which it acts as resident agent, or through MMG Bank (Panama and Bahamas branches) and MMG Trust (Panama, Zurich, British Virgin Islands offices, among others) for any Panamanian corporation including those for which Morgan & Morgan act as resident agents.

It must be underscored that Law 47 allows for the possibility of establishing inheritance provisions over shares issued to the bearer and placed under custody. These shall have precedence over any other testamentary or probate provisions and may be enforced without need of a court decision, which in our opinion, could be a valuable tool in planning a succession.