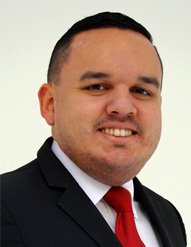 Orlando Tejeira is an Associate in the Litigation and Dispute Resolution Department of Morgan & Morgan. Mr. Tejeira frequently is involved in complex matters, especially in the fields of public infrastructure, construction, oil and gas, insurance, banking, mining, ports, energy, media, and telecommunications.

Mr. Tejeira joined the firm in 2010 in the areas of Immigration and Litigation, where he gained experience in all aspects of immigration law including residence permits, visas and citizenship applications, as well as dealing with complex litigation proceedings related to civil, administrative and commercial law.  Later, he became Resident Attorney of the Morgan & Morgan office in London, England.

Furthermore, he has been involved in other international activities such as The White & Case International Rounds of the Philip C. Jessup International Law Moot Court Competition, arguing before The International Court of Justice, in Washington, D.C.  Mr. Tejeira was one of the competitors representing Panama in the 2011 and 2012 editions.

Mr. Tejeira is admitted to practice law in the Republic of Panama.